Getting to Know Me Part 2

As crazy as it may sound, I looked forward to fighting MS and trying to do something never done before.  I have played through numerous injuries, colds, etc., but nothing of this magnitude. I didn't feel like this was end of the road for me.

I knew my path was going to be different than anybody else. I think being positive and optimistic relieved a lot of stress for my family. I really believed it allowed us to continue to search and find the right doctor that would support me. After several meetings with numerous doctors and a lot of disappointment, we were fortunate enough to meet Dr. Heidi Crayton. Who not only believed that I could still be a professional athlete, but believed that I could help share my story with others to encourage and help.  I was SOLD!  She had the same passion and drive for medicine that I had for the game, it was perfect! I started taking Tysabri once a month starting in July of 2012 and it has been great for me! 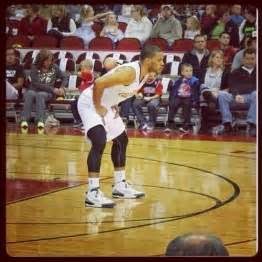 As the 2012-2013 season was approaching I worked harder than ever trying to get back to where I was before my episode in Turkey. I started off the season going to training camp with the New Orleans Hornets, even though I did not make the team I made a strong impression and proved that I could still play at a high level.  I decided to stay in the states and play in the NBDL (National Basketball Development League). I moved to Des Moines, Iowa to play for the Iowa Energy and to hopefully have a healthy, successful season. I was fighting for my basketball life.  A lot of people had written me off and said that it will be nearly impossible for me to keep playing.

The season started in mid-November, by the 1st week in December I was considered one of the top ten prospects in the entire league.  I was flat out BALLIN!  I was averaging 17 points and 9 assists.  I was finally creating a positive buzz for myself throughout the league, it seemed almost inevitable that I would get called up to a NBA team soon, but that wasn't what had me excited the most!

The day before I left to participate in the NBDL All Star game, my son Christopher Taylor Wright Jr. was born!  This was by far the best day of my life, words cannot describe the feeling I had when I saw him for the first time. I felt so proud and honored to be a Dad!  I could not take my eyes off of him.  He was perfect.  I could not bare to leave him the next morning, we had only spent eight hours together.  I managed to peel myself away from my baby boy and I caught an early flight to Houston, Texas to play in the all star game. Two weeks later, Erin and CJ flew out to Iowa to be with me for the rest of the season.  I remember being so excited to have Erin and CJ at my game, but I didn't get a chance to play that day.   As I got dressed for my game my agent called me while I was in the locker room and told me the news.

"Pack your bags,  you are going to Dallas.  The Mavs just called you up," he screamed in the phone.

I was shocked!  I didn't know if I should cry or smile!  Every thing I worked for was finally coming into fruition.  The hours I spent in the gym, the pain, the frustration, it was all paying off.

The icing on the cake was during the week I was with the Mavericks, it was also National MS awareness week!  It was NO coincidence there, only fate!!

For me, this was the validation I needed.  My son, becoming a D-league all-star, and being called up during National MS Awareness week sealed the deal for me.  My journey was just beginning and I felt ready for the challenge. 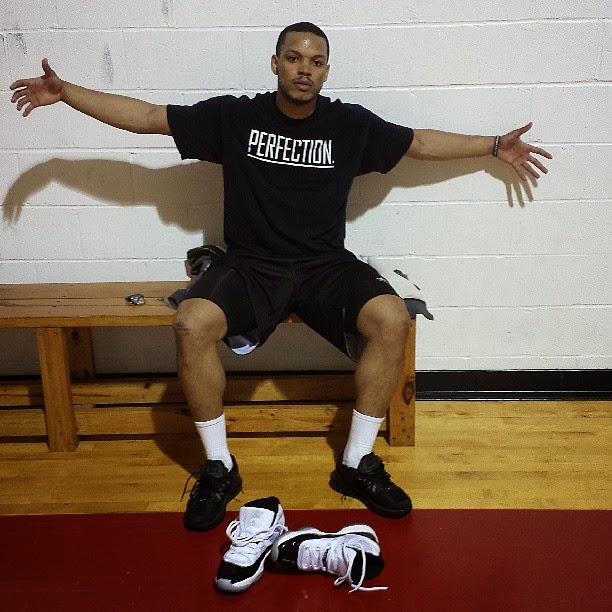